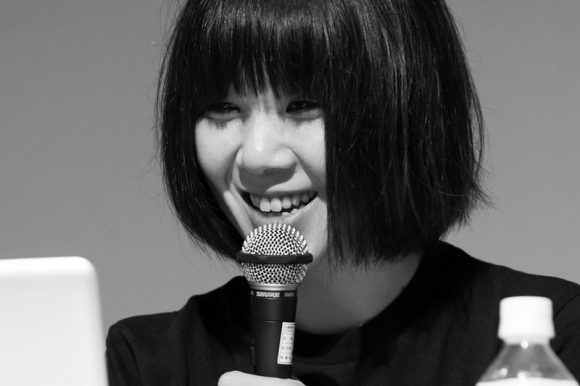 Born in Tokyo 1972. Risa Sato carries the ‘Risa Campaign’ project both nationally and internationally, where she wanders around in towns together with her own artwork. The way she communicates with people is so unique that her works also appears as large-scale sculptural/public artworks. Her works and projecs includes: ‘Player alien’ in Nagano [2005], ‘Four’ in Osaka city [2008], ‘Kagemosha’ Kashiwa city [2010], ‘Mmes.K’ Koganecho Bazaar [2011], ‘Kohachi tumulus (1:17)’ Vangi Sculpture Garden Museum [2012].