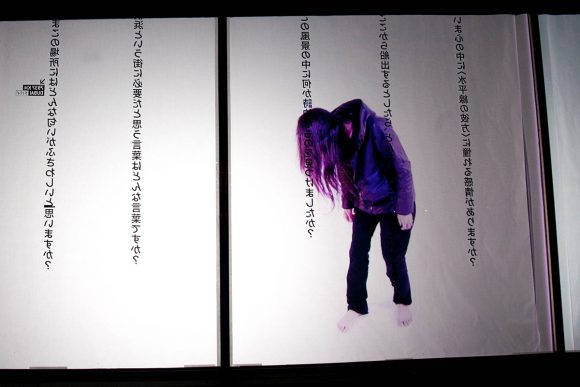 ABOUT THE PROJECT
The Yokohama-Hamburg Conversation, initiated by Michael Kress (HyCP/Hamburg), and Zou-no-Hana Terrace in Yokohama, was an exchange involving over 30 Yokohama-based artists; including talks, workshops and a collective video performance.

The exchange focused on the role of artists, artist-runspaces, and the tradition of autonomous artistic organizations as stakeholders in modern cities.
Inspired by ideas from Yoko Ono’s “Grapefruit” and Joseph Beuys’ “7000 Oaks,” we explored the question of recognition within each singular aesthetic expression, opening up new ways of tracing and thereby understanding each individual aesthetic draft.

The cooperation aimed at building multiple bridges of singular yet exemplary ideas between Yokohama and Hamburg in search of a universal artistic understanding that transcends language.

DIRECTORS NOTE
Michael Kress came to Yokohama with two faces. One was the able director of an artist-run space, the other was a conceptual artist. It all started when he first came to Japan in 2011, and we sat and talked about the relevance of the Free International University started by Josef Beuys in Dusseldorf in 1974 over some yakitori. The Kress exhibit that was held in conjunction with the director’s meeting consisted of a projected installation planned especially to fit in with the Zo-no-Hana Terrace and it’s surroundings. The installation itself was a projection of silently head-banging musicians, adjusted to fit within the space of a window frame. The film was purposely fuzzy, allowing the viewer to tell what color clothing the performers were wearing, their size and hairstyles, but no care was taken to show their personal characteristics. It was just a film of people dancing as they pleased; rather like a colored shadow picture. The sewere actually artists based in Yokohama who believe in freedom and originality. The film was shot with them imagining music in their heads; the music that they first remember speaking to them as music. When realizing this fact, the installation takes on a new dimension of radiance. Conceptual art is literally a genre of art that expresses thought and concepts, and therein lie the artistic procedure that Michael lives and believes in.
The idea of Port Journeys Project is to make our cities better places to live for their residents through sustained mutual exchange and has, with its proponents from around the world, just gotten started.

People from different cultural backgrounds engage in multilateral exchange; their discoveries born from activities in art, music, and any number of other creative endeavor lead to an endless stream of more discoveries. It is a truly exquisite work of art in itself, allowing us to dream of where that will take us.

Artists and their work run the danger of being reduced to objects of monetary exchange since the artist’s value serves as an indicator and producer of culture, which in turn is in charge of economic means and that culture is what controls the economy.

ADORE exposes the tension between the symbolic capital that artists contribute to societies, and their commercial value within the economized post-modern and globalized worldwhereeverything/eachpersonisallot- ted a specific commercial value. Although it is impossible to separate both aspects, they should never be completely synthesized with each other. The artist’s symbolic capital comes from following a self-defined plan, evoking new articulations within geopolitical situations wherein nothing is uncontestable.

ADORE is an attempt to find what might be the role of artists in a commercialized society. It raises the following questions: How is an artist-initiated? Do all artists have a common role? What is the legend of the artist? Are artists fans? And finally: Are fans artists?

ADORE features 35 Yokohama-based artists. For ADORE, each artist remembers their personal starting point. In a kind of headbanger’s performance, the artist demonstrates the love for the song that initialized their own personal artistic process. The video installation visualizes music as a moment in which the artists experience a fusion of being both a fan and an artist. As such, the ADORE Project represents something like a silent karaoke as an homage to the artists of Yokohama!